The Historic Forsyth-Warren Tavern
The original portion of the Forsyth – Warren Tavern is the eastern third of the building. This section, presumably constructed ca. 1807 became the private residence of John and Mary (Polly) Forsyth. This section is highlighted in Green in the above map. 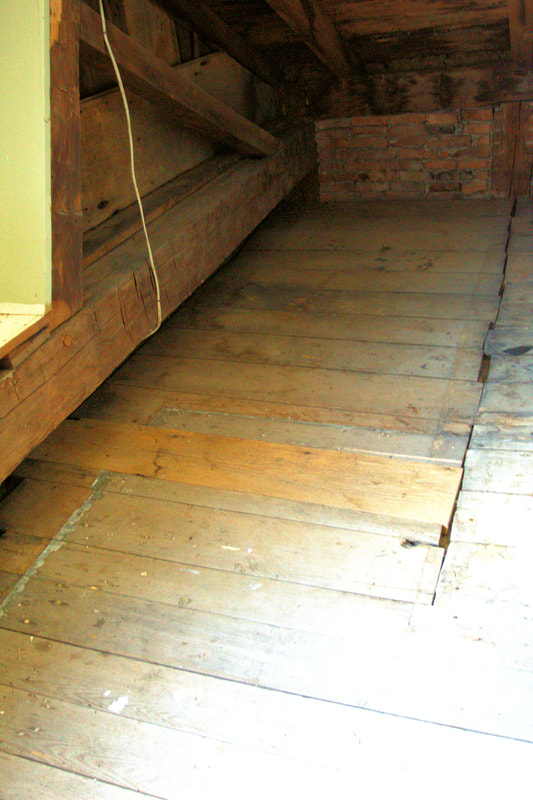 A staircase once led from the back room of this section of the structure to the private bedrooms of the Forsyth family on the second floor. The doorway connecting this section to the Tavern proper was created after the Tavern had closed to the public. 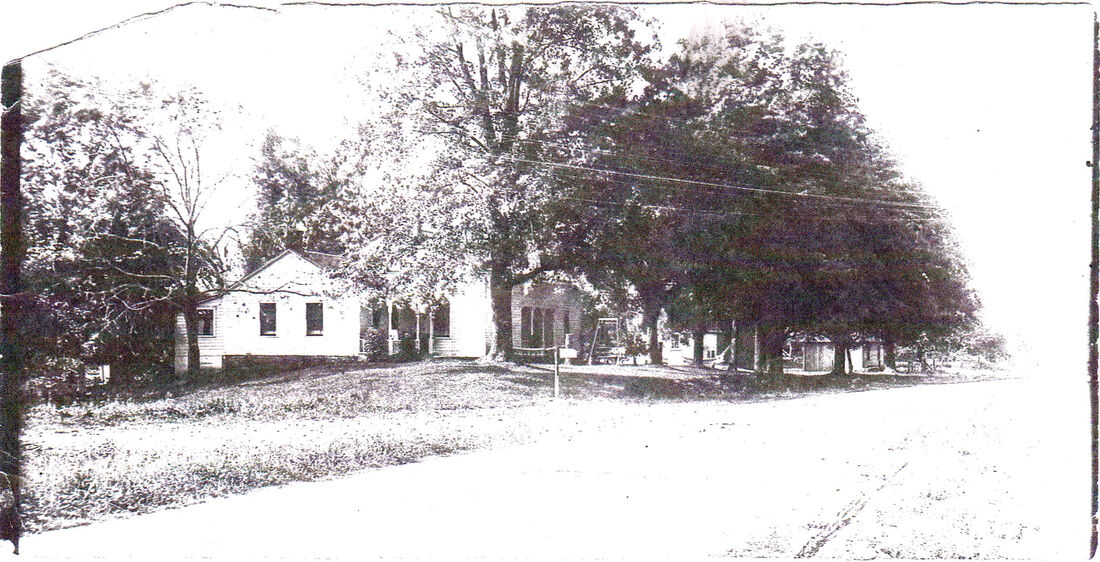 There was once a large addition to the eastern side and rear of this section which can be seen in this 1920s photograph. 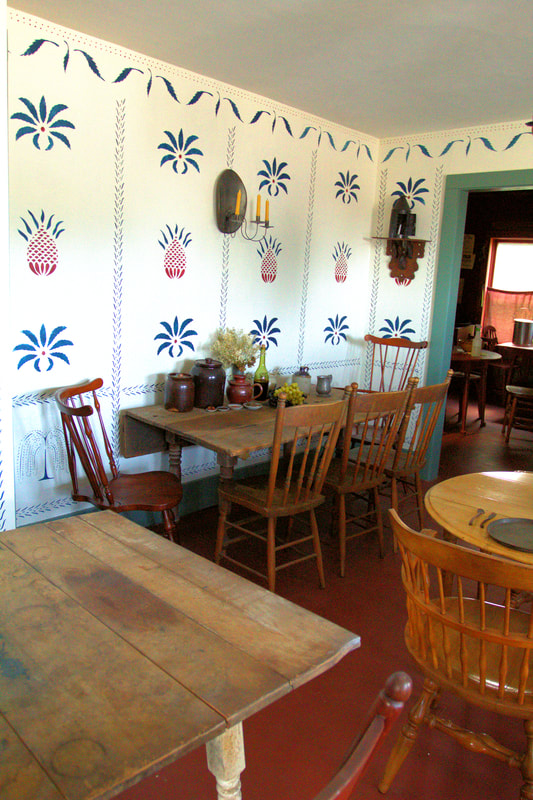 The main room of the Tavern was the dinning room. This was the space that travelers and residents of Warren’s Corners would gather for meals, meetings and most any other gathering of the time. 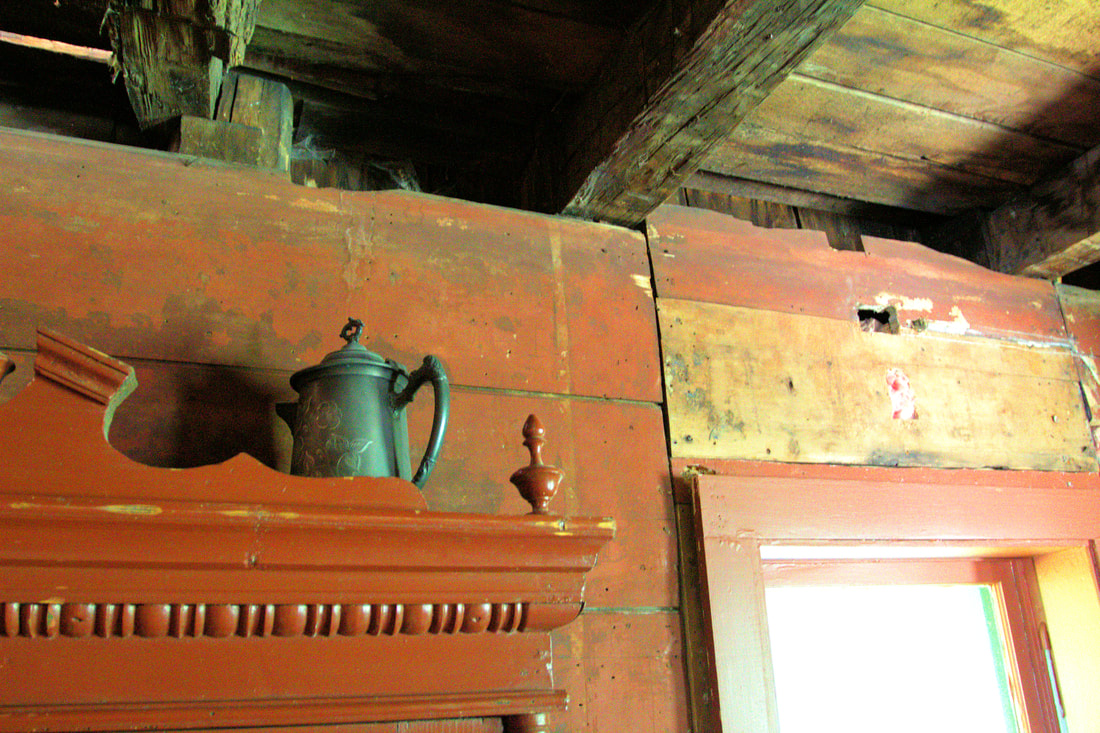 The “red” room in the western rear corner of the tavern was once the village’s general store. There are remnants on the ceiling and rear wall where a plank wall once was. A counter top once stretched from this late wall, to the where the windows are. A doorway connected this small store room to the front bar room.
The bar room that you see today was an early addition to this structure. Prior to its existence, there was a long front porch with a pathway and staircase leading down to the basement. At that time, the kitchen here had the only stone oven and chimney in the village and other villagers would come here to bake their breads and other foods that were too difficult to cook in their log hearths. 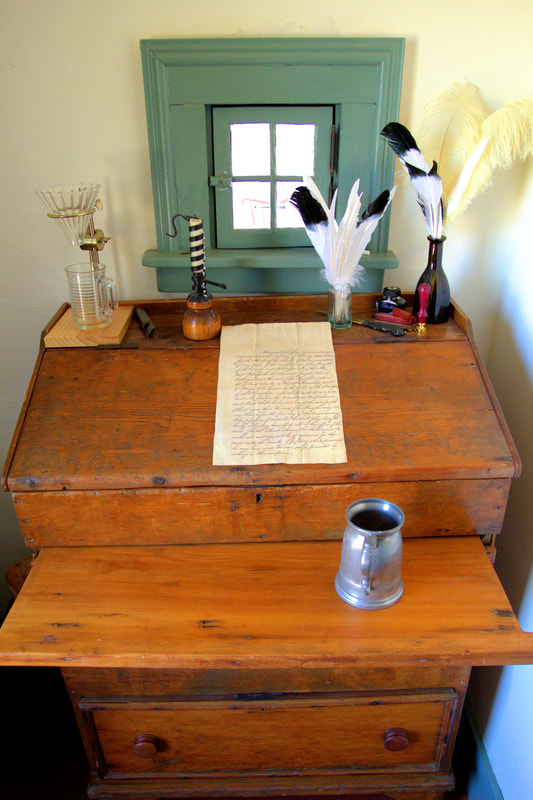 Behind the cage bar is also the Tavern’s post office. In the early 19th century, there was no United States Postal service and so taverns were the designated place where people would send and receive their correspondences as well as any deliveries. You can read more about this tavern’s postal route and schedule by reading the advertisement on the front porch.
If you notice inside the postal window of the front porch, there is a courting candle. This candle is here as a reminder of the story of Sarah Forsyth who fell in love with a young postal rider through this small window. Their brief exchanges of flirtatious courting, soon lead the two to be married. They settled within Warren’s Corners, just west of here. 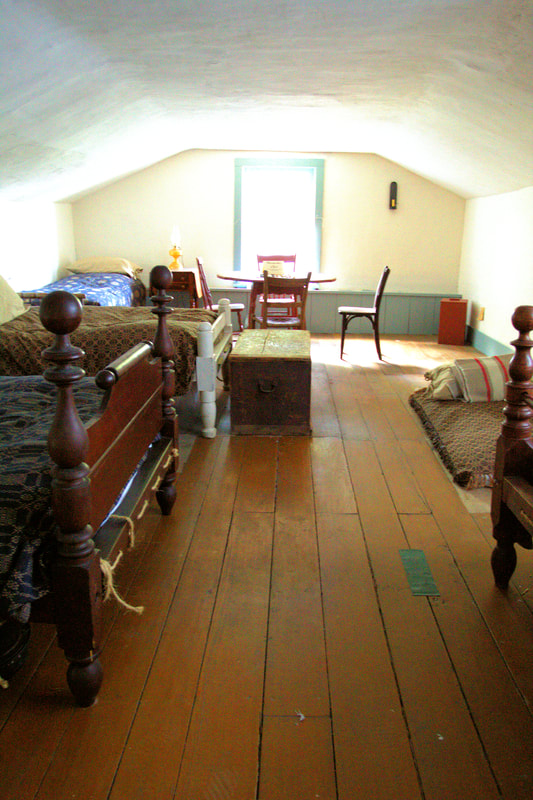 Guests slept on the second floor of the tavern. Originally, this was an open attic space with no plaster walls to provide that homey, hotel feel. The ceiling, and both north and south walls were added over the years by the Forsyth family. They, and all of the walls throughout the tavern are composed of animal hair mixed with lime and sand. These components needed to be gathered throughout the year, mixed by hand and applied in small batches onto hand split lathe boards or handmade bricks. You can find evidence of all of these techniques in the Forsyth’s private rooms on the eastern side.
The Forsyth’s private sleeping quarters were accessible by their own staircase; the outline of which you can see clearly in the southeast corner.
By the time that the tavern closed in 1825, there were two adults and ten children occupying this space.
There is another small room on the north side of the residence’s second floor. It is currently closed as we restore its original door; however, it was through this small room there Mary and her second husband, Sgt. Ezra Warren, ushered freedom seekers on the Underground Railroad.
A narrow pathway above the front porch leads to a small room above the bar. Runaway slaves trying to reach Canada (where the brother of the late John Forsyth was waiting for them at his home, Bertie Hall) would spend the daylight hidden here and ushered onward to freedom by moonlight by conducts such as Harriett Tubman. 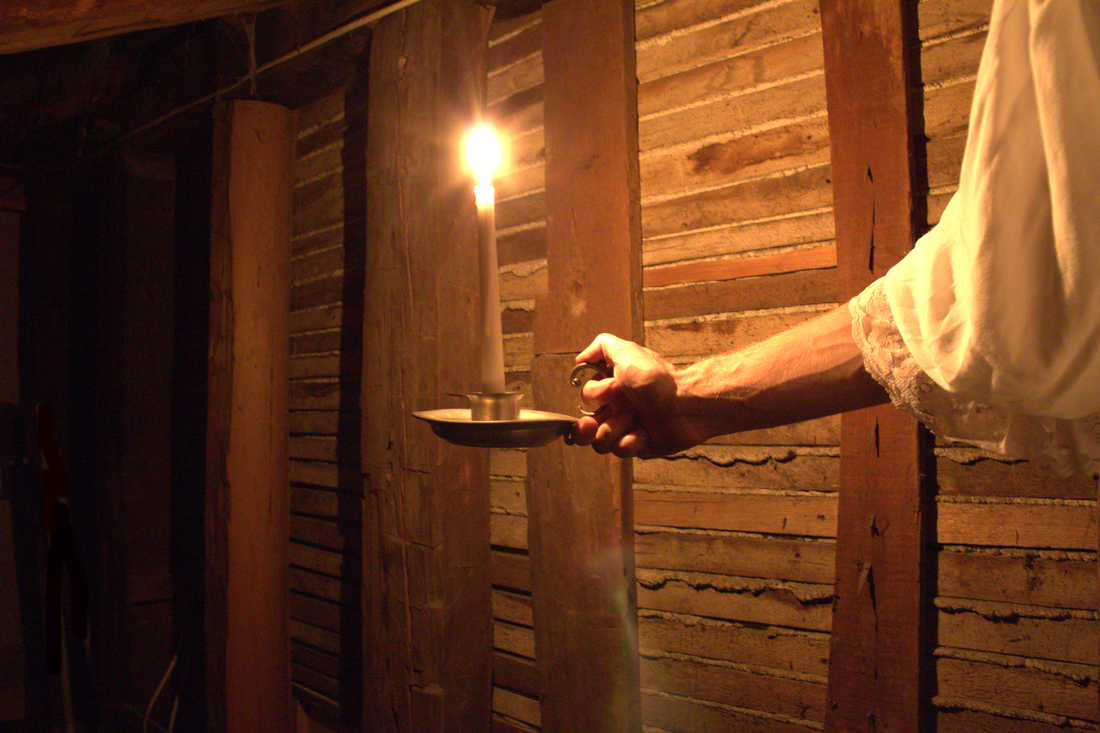 You can read more about the underground railroad in the tavern’s barn. You can also take a peek inside this tiny hidden room by flipping the light switch next to the small window.
Overnight accommodations in taverns in the 19th century was not like that of today. Most often, guests would only be renting a roof over their heads as they slept. This means that any beds that were available were first come, first serve; and it was not uncommon to awake in the morning to find one or more strangers sharing your bed.
Back to Map