The cemetery here was started after a young woman arrived at the Tavern. She was traveling to the Fort at Niagara where her fiance was awaiting her. She reportedly made it no farther than the Tavern's front door before she collapsed dead at the feet of Mary and John Forsyth.
There was no cemetery system in those days and so Mary and John had nowhere to inter this young woman except on their own property.
In 1812, John Forsyth died, recorded as being from paralysis, and he too was buried on this knoll behind his and Mary's Tavern.
It was not until the aftermath of the War of 1812, that the county created public cemeteries. At some point, several graves were removed from this place and relocated to a public cemetery. 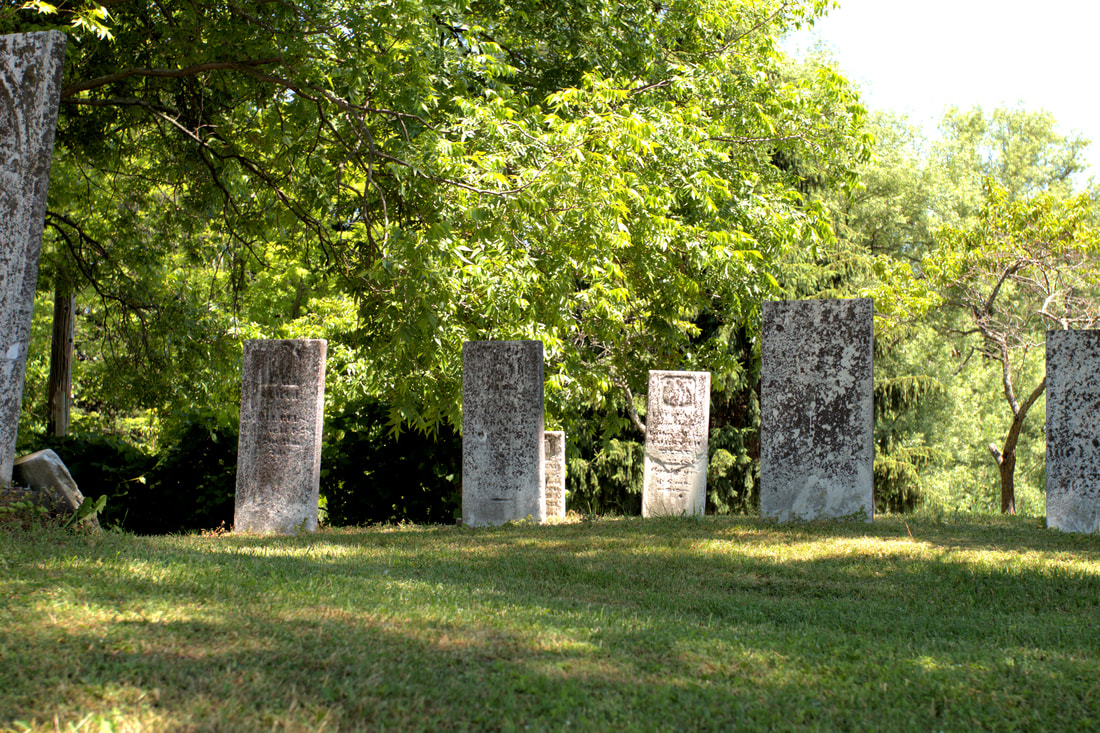